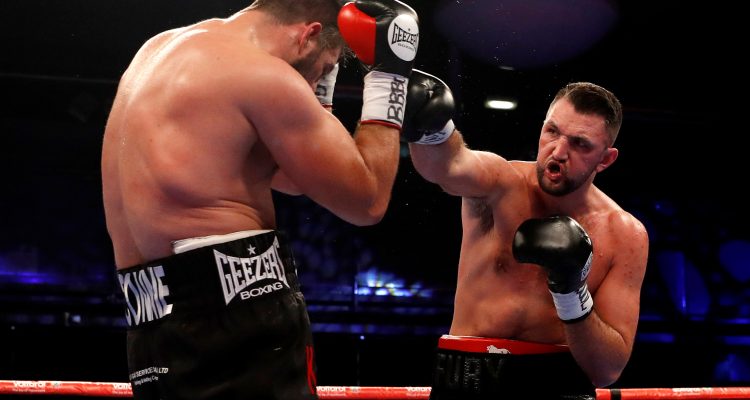 Pulev (25-1, 13 KOs) and Fury (21-1, 11 KOs) will be competing for the right to face the winner of the September 22 showdown between champion Anthony Joshuaand challenger Alexander Povetkin.

The event, entitled “Fire & Fury” will be presented by Ivaylo Gotzev and John Wirt’sEpic Sports and Entertainment,together with Fury’s promoter, Hennessy Sports, and will be broadcast live in the UK on Channel 5.

One of the most popular athletes in all of Bulgaria, 37-year-old Pulev is on a five-fight winning streak, including a TKO 3 over former heavyweight champion Samuel Peter. Among his many distinctions, Pulev is a former two-time European and IBF International Heavyweight Champion. He stands 6’ 4 ½” and weighs in around 240 lbs. Pulev’s only career loss came in a challenge for the undisputed heavyweight championship against Wladimir Klitschkoin 2014. Fury is the fourth opponent scheduled to face Pulev, as Britain’s Dillian Whyteand Americans Jarell Millerand Dominic Breazealeall declined the fight.

Pulev, who will be having his first bout since partnering with Epic Sports and Entertainment, says Fury better not be looking past him while preparing for this fight.

“The fact that Hughie Fury is coming to Bulgaria when many others ran away speaks volumes,” said Pulev. “I understand that he is very motivated because this is an eliminator fight for a chance at the world title. I suggest he stops thinking about the world title for a moment and come prepared for a real battle. I am already in beast mode and I’m hungry for my return in the ring!”

Fury hails from Manchester and is the current BBBofC British Heavyweight Champion and is trained by his father, Peter Fury. The 23-year-old stands 6’ 6” tall and also weighs in around 240 lbs. In September of 2017, Fury suffered his only career loss, a controversial majority decision to Joseph Parkerfor Parker’s WBO Heavyweight Championship.

“It’s taken a lot of time to make this fight happen and I want to thank all of those involved,” said Hughie Fury. “I want to fight for world titles and to do that I need to beat the guys at the top of the division. Kubrat Pulev is a serious fight for the mandatory position and I know I’ve got to be the real deal to beat him. I believe I’m going to do that in his back yard where others trembled at the thought of it.”

“We want to be involved in these big fight nights and to go up against the big names that lead the division,” added father and trainer Peter Fury. “To become a world heavyweight champion, you’ve got to overcome every challenge that’s put in front of you. And for Hughie that starts in Bulgaria in October.”

“In this day and age, when some promoters and their fighters opt for the safest bets, Hughie Fury has done the opposite,” said Ivaylo Gotzev of Fury, who has faced his own share of delays and disappointments on his way to this eliminator bout. “Fury has decided to step into the Lion’s Den, and fight Kubrat in his home town of Sofia. This matchup is intriguing, as two of the best in the division step up and face one another.  We expect a great heavyweight battle – one that will decide one man’s destiny to fight for the most coveted title in the world – the Heavyweight Championship.  To all of Team Fury – you are welcome in Bulgaria!”

Hennessy Sports CEO Mick Hennessy, promoter of Fury, said: “First and foremost I’d like to heap praise on my young fighter Hughie Fury. There’s no pantomime and no theatrics. He’s just a young man, full of respect for everyone he faces, and who believes in giving the fans proper fights and value for money.  At just 23 years of age Hughie is a massive talent. He’s not perhaps got the plaudits he deserves, so this is his moment to make the boxing world really sit up and take notice of what he’s capable of.”

“I’d also like to thank my counterparts at Epic Sports & Entertainment for making this fight happen. It’s taken a lot to get to this point, but we were determined to give the fans a fight that they deserve. Both teams are excited about this one.”

The stacked International undercard, along with ticket details, will be revealed shortly.