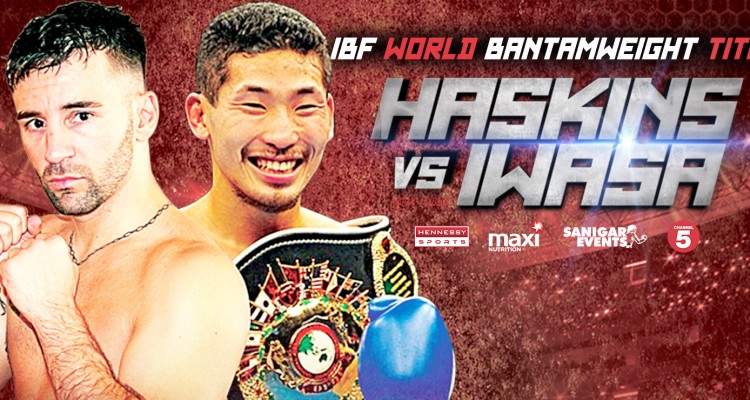 Hennessy Sports in association with Sanigar Events are delighted to announce that Bristol’s Lee Haskins will get his long overdue shot at a version of the world bantamweight championship when he boxes for the vacant IBF Interim World Title against Japan’s Ryosuke Iwasa on Saturday, June 13 at the Action Indoor Sports Arena, Bristol. The fight will be televised live and exclusively on Channel 5.

Iwasa is a 25-year-old southpaw from Chiba, Japan with a professional record of 19-1 (12 KOs). Included on his record are wins against two-time world title challenger David De La Mora and former WBC International champion Hiroki Shiino. Iwasa was formerly the Japanese bantamweight champion and is currently ranked at number three in the world according to the IBF.

Haskins, meanwhile, is a popular 31-year-old Bristolian boasting a professional record of 31-3 (13 KOs). Sharp, unpredictable and dangerous, Haskins is also in a rich vein of form, having won each of his last five fights, three inside schedule, and last time out lifted the European bantamweight title with a dominant eighth-round stoppage of Omar Lamiri. He has held the British title at both super-flyweight and bantamweight and is rated at number four by the IBF.

This shot at a world title means more to Haskins than most, of course, given the fact he’s had to watch the likes of Jamie McDonnell and Stuart Hall, two men he has previously defeated, go on to claim world championships of their own in the last two years.

“It’s amazing to finally land this world title shot,” he said. “At times I thought it would never come – when other British fighters I had beaten got their chances.

“And when the IBF announced I was to fight Ryosuke Iwasa, a Japanese fighter, I presumed we would probably have to travel to Japan. But massive thanks to promoter Mick Hennessy and my manager Chris Sanigar for bringing this world title to my hometown of Bristol.

“I know this is going to be a tough fight, but I’ve never lost in Bristol and, with that massive West Country support behind me, we can make history on June 13.”

Promoter Mick Hennessy added: “This is a major opportunity for Lee Haskins and one he has been chasing for a number of years now.

“He has more than paid his dues at the top of the bantamweight division and has beaten a number of quality operators throughout his career.

“It’s fantastic that Channel 5 have helped deliver this opportunity for Lee on free-to-view, terrestrial television. It gives him a great platform and some great exposure.

“For us and Channel 5 it’s vitally important that world championship boxing finds a regular home on terrestrial television, free of charge.” 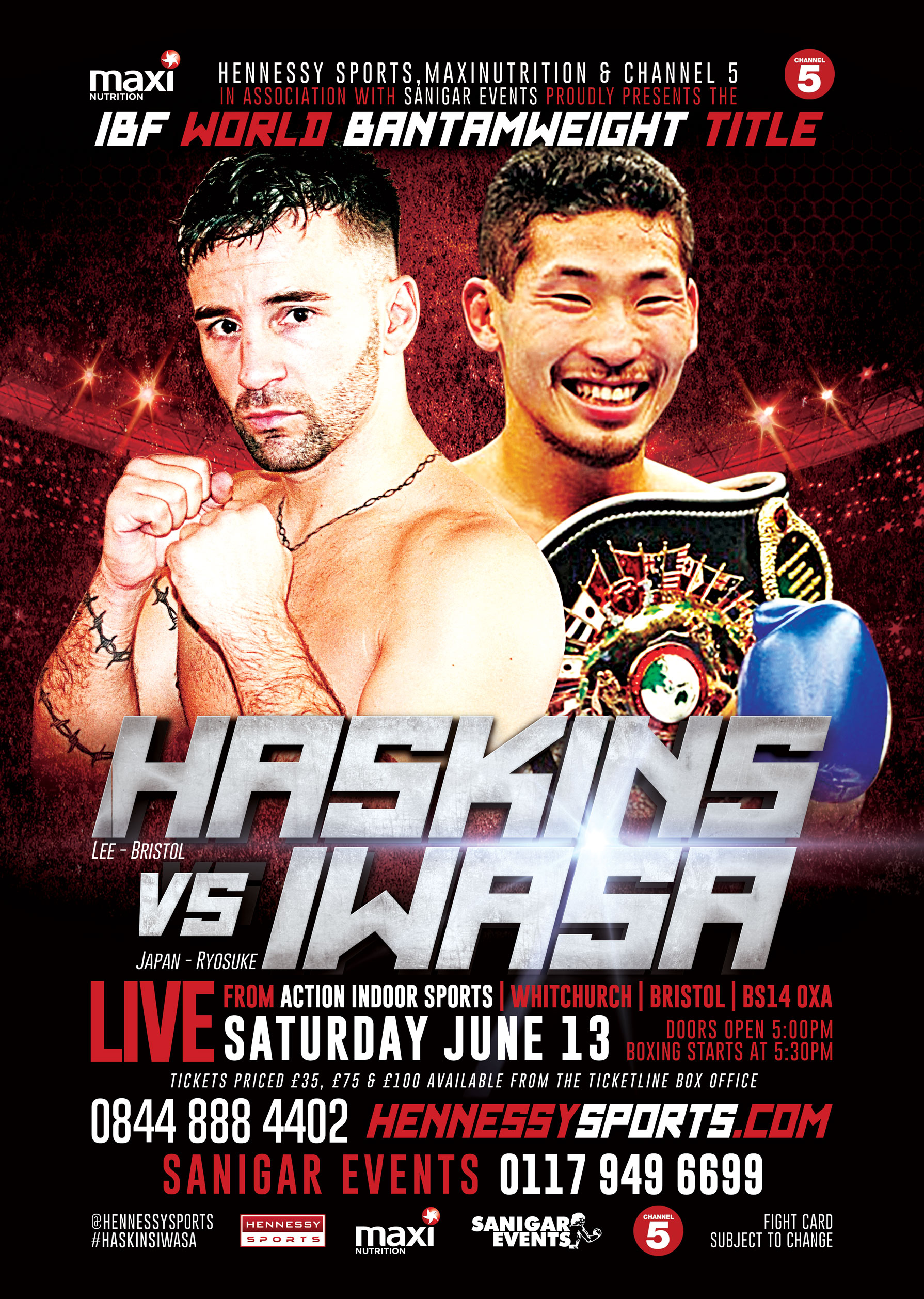