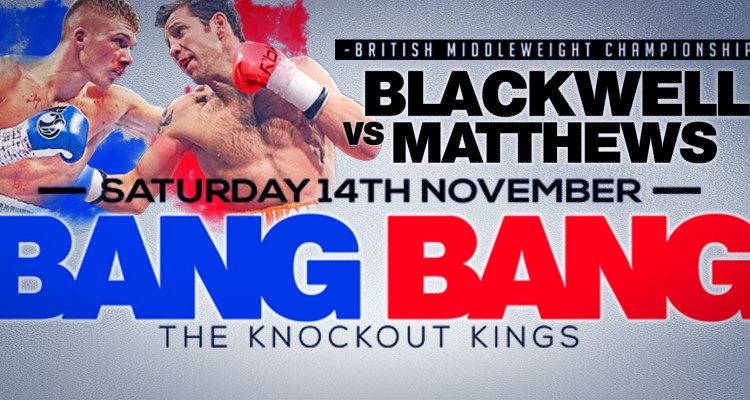 Challenger Elliott Matthews is undefeated in 16 professional fights, boasts a record of 15-0-1 (9 KOs), and is the current Southern Area middleweight champion. The 34-year-old hails from Watford and boxed as an amateur for both Repton and Callowland amateur boxing clubs.

Since turning pro in January 2012, Matthews has barely put a foot wrong. He won the Southern Area middleweight title in September 2013 with a 10-round decision win over Gary Boulden, and then successfully defended it five months later against Diego Burton.

Known as ‘The Knockout King’, Matthews has heavy hands, an all-action style and has knocked out three of his last four opponents. He is also the third southpaw opponent Blackwell will have faced in a row.

The champion Blackwell, meanwhile, snared the Lonsdale belt back in May with a stunning seventh-round stoppage of John Ryder at a sold-out O2 Arena, live on Sky Sports Box Office. The 24-year-old then followed that breakout performance with a highlight-reel knockout of unbeaten challenger Damon Jones in July. Such results have quickly earmarked ‘Bang Bang’ as one of the most exciting and watchable fighters in the country.

“Blackwell is on an incredible run of form at the moment and has produced two of the most dramatic moments in British boxing this year,” said promoter Mick Hennessy. “His win over Ryder was a big upset in many people’s eyes and his knockout against Jones was as good as any you’ll see.

“What’s even more impressive is the fact he’s looking to take fighters’ unbeaten records and stop men who don’t usually get stopped. Ryder, for example, had never been stopped before he met Blackwell, and Jones had never lost a pro fight.

“Elliott Matthews is a dangerous challenger with all the ambition and confidence that comes with an unbeaten record. But, as with Jones, Blackwell will be looking to take Matthews out of his comfort zone and hand him his first taste of defeat. All in all, it should make for another Blackwell classic.”

*** Blackwell vs. Matthews will be televised live and exclusively on Channel 5 from 10pm, Saturday, November 14 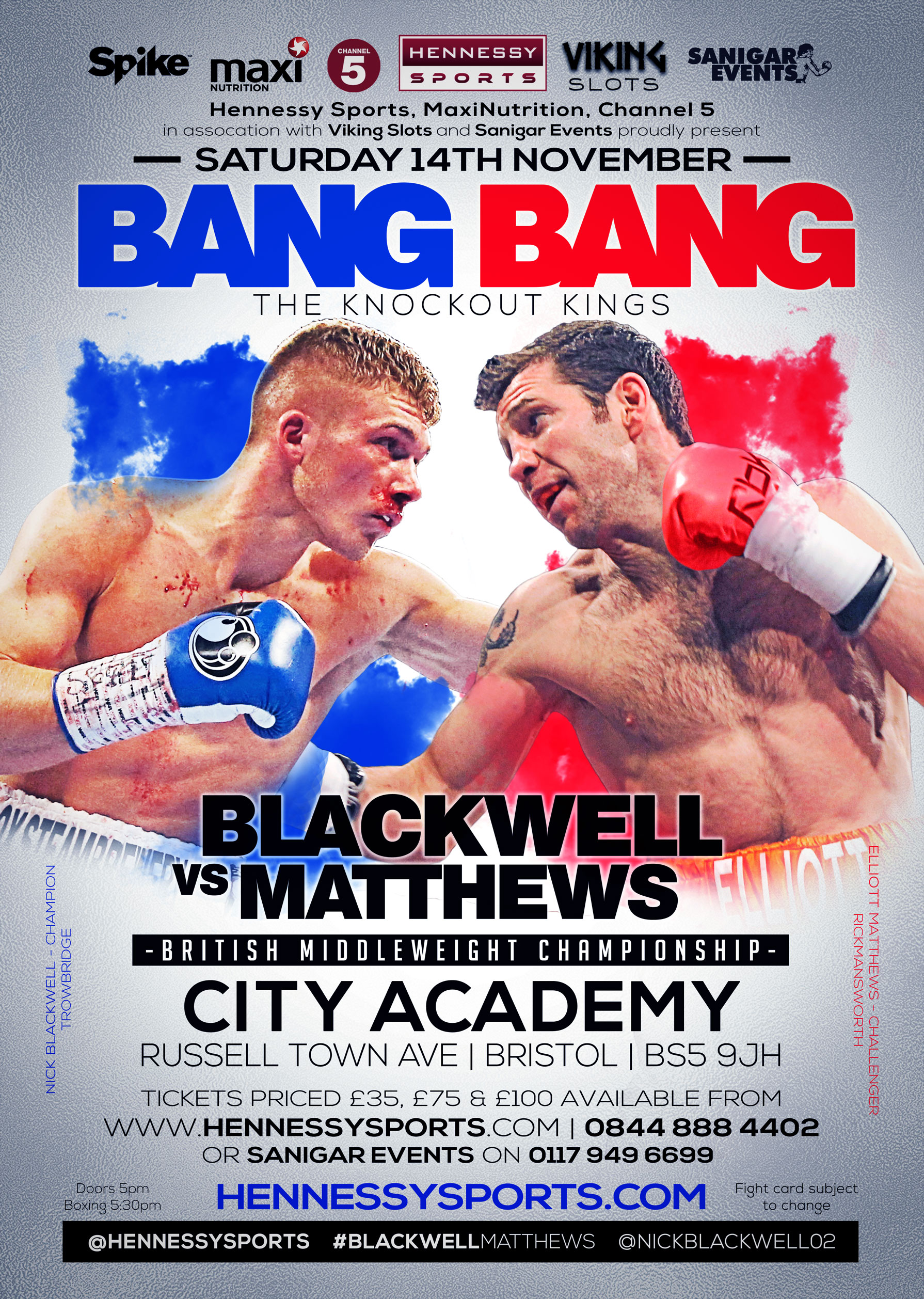