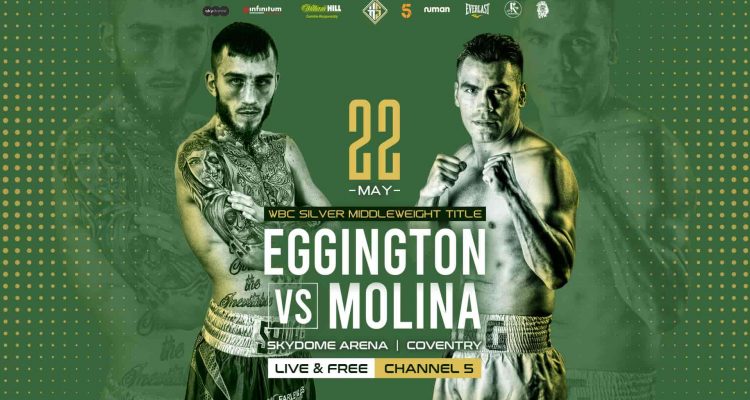 Sam Eggington (29-7–0, 17 KO’s), a former British, Commonwealth and European Champion, is now within touching distance of a World title shot and fulfilling his destiny of finally becoming a World Champion. He faces former world champion, Carlos Molina for the WBC Silver Middleweight title. The fight will take place at the Skydome Arena in Coventry.

The event will also be a public attended event, open on a restricted basis in-line with the government’s roadmap – Step 3.   Tickets will go on sale shortly and will be available to purchase from  the Coventry Skydome Arena Box Office.  Hennessy Sports will release further information in due course.