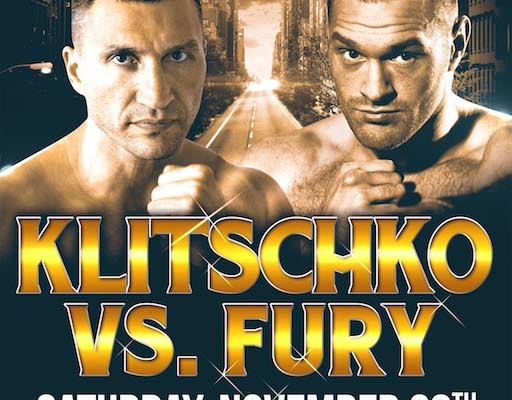 Klitschko, 64-3 (53 KOs), has long been considered the number one heavyweight in the world and hasn’t lost a fight for 11 years. Last time out in April he outboxed undefeated American Bryant Jennings over twelve rounds at Madison Square Garden in defence of his WBA, WBO, IBF and IBO world heavyweight titles.

Fury, meanwhile, figures to be Klitschko’s toughest challenger for many years. Standing at six-foot-nine, the Wilmslow man is bigger than the reigning champion and also in a rich vein of form. His last two fights – stoppage wins over Dereck Chisora and Christian Hammer – have seen Fury, 24-0 (18 KOs), look more exciting and dominant than ever before. He’s ready not only to challenge Klitschko, but to also return home with his belts.

Tickets for the highly-anticipated clash between Klitschko and Fury can be purchased from www.eventim.co.uk or 0844 249 1000.