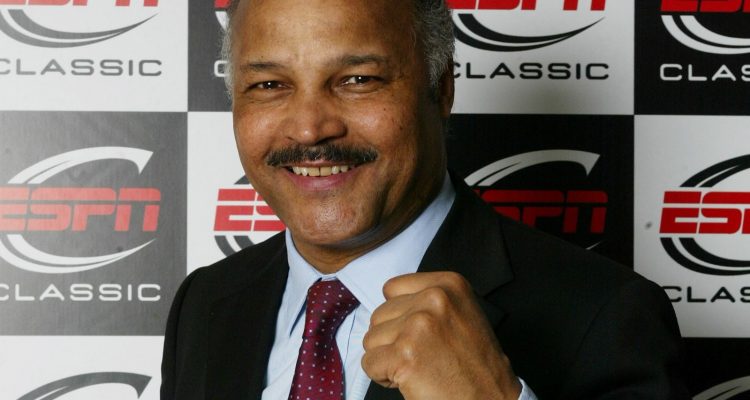 London, UK (22 August 2020) One of Britain’s greatest ever fighters John Conteh MBE has given Shakan Pitters a massive boost hours before his showdown with Chad Sugden for the British Light-Heavyweight Title, exclusively LIVE on Channel 5 from 10pm tonight.

The fight legend, who memorably won the WBC World Light-Heavyweight title against Jorge Victor Ahumada in 1974 at the Empire Pool, Wembley, transcended the sport in the 70s and become a household name through appearing on the iconic TV show Superstars.

Conteh held the prestigious Lonsdale belt – that Pitters challenges for tonight – over 47 years ago when he defeated rival Chris Finnegan with a hard fought points decision and believes Pitters could become a great champion in his own right.

“I think he has the potential to be not only a champion but a great fighter and his record proves that at the moment with thirteen fights and thirteen wins and four inside the distance.  He has some punching power there to win the British title,” Said Conteh.

“He’s certainly got the ability to do it, he’s got the desire.  I’m sure he’s won those fights because of his dedication, you have to be fully committed to fulfil your potential,”

“Give everything you’ve got, know what you’re going into.  My trainer George Francis said ‘It’s won or lost on the training ground’ so you’ve got to give it 100 percent, always. That’s what Shakan’s doing at the moment, he’s unbeaten in thirteen, so there’s no slacking,”

“The domestic light-heavyweight division looks great at the moment with plenty of talents coming through so it’s good to see it in such fantastic shape.  Forty-six years after I won the British title against Chris Finnegan, it would be great to see Shakan holding it,”

With boxing’s big return to free-to-air TV tonight on Channel 5, Pitters is looking to put on a big show with a potentially massive viewing audience that will further raise his profile and Conteh well knows the importance of a free TV platform as his fights were broadcast on the BBC.

He added, “For a boxer to build his profile it’s essential to get in front of the public and with free TV on Channel 5 he’ll get through to millions of people like I did on BBC. You have to leave it in the hands of the promoter who is guiding you to get the best exposure, which they’re doing. But Shakan has to focus on his job and he needs to concentrate on winning the British title tonight.”