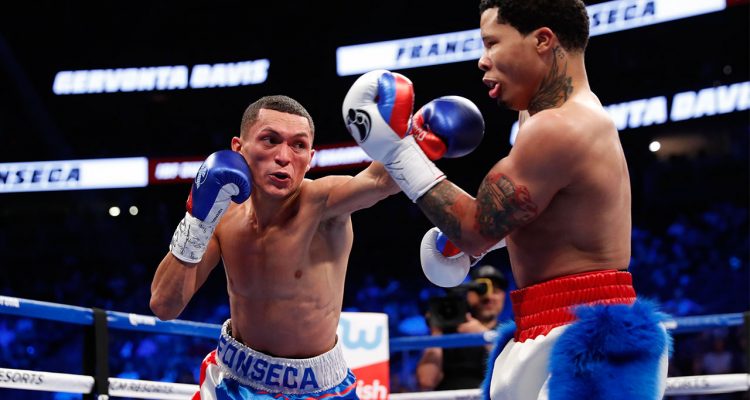 Bolton, UK (24 September 2019) Nicaragua’s iron-fisted Francisco Fonseca believes Alex Dilmaghani has bitten off far more than he can chew by agreeing to face-off against the formidable former Two-Time World title challenger at the Premier Suite, University of Bolton, on Saturday 28th September.

Presented by Hennessy Sports and VIP Promotions, in association with Infinitum and Voltarol, Dilmaghani v Foneseca is exclusively live on free-to-air Channel 5 this Saturday from 9pm.

The WBA International Super-Featherweight Championship – and a lofty world top-ten rating – are at stake in this high-grade collision and the mix of styles should mesh to produce a potential classic.

‘Dilma’ might be four years Fonseca’s senior, profiting from home advantage and undefeated in over eight years but that certainly doesn’t daunt the destroyer from the land that delivered ring legends such as Alexis Arguello and ‘Chocolatito’ Gonzalez.

Eight of the explosive-hitting Nicaraguan’s quick wins have come by clean count out. Make no mistake, the dangerous Fonseca brings serious firepower with a capital F and poses a significant threat to Dilmaghani’s ambitions.

Life began in El Rama, central Nicaragua in March 1994, although the family migrated south to seek a better life in Costa Rica, when feisty Francisco was just six.

‘We are 6 children in total, The three boys of us all boxed. I was introduced to the sport, aged 14, by my older brother Jose, a pro, who has already retired. My other brother is Freddy Fonseca (a 27-3-1 world ranked ex WBA 130lb challenger), who has just lost in Japan last weekend. Twice the three of us fought in the same show as pro,’ disclosed Francisco through an interpreter.

‘As an amateur boxer, I had 70 fights, only 6 losses. Several times I was the national champion.

I like both styles, countering but also exchanging punches.’

Restricted to a four-round draw during his debut as a teenager back in December 2013, the Managua based banger then blitzed 19 successive opponents, with 13 of the vanquished failing to finish.

The only other blemishes on his stellar 25-2-1 slate were a brace of IBF world title reverses over in the USA to two of the world’s elite, firstly to Gervonta Davis (LKO8, August 2018) and then Tevin Farmer (LPTS12, December 2018).  Still only 25, fiery Frankie certainly hasn’t surrendered his dream of securing a World title crown.

In addition to starring in Costa Rica, the Nicaraguan nightmare has previously wreaked havoc in Panama, El Salvador and the USA as a pro so certainly won’t be fazed by his maiden European venture and sent a .

‘I am really looking forward to fighting in the UK, as it’s such a big place for boxing,’ states the 5ft 7 ½ in boxer-banger who has already racked up a hat-trick of stoppage wins in 2019.

‘I know I must win this fight to get a new shot at the world title again. It could be either points or stoppage but I will win.

‘Though I was unsuccessful in those two previous chances at world level, I fought solid champions. Both fights left me great experiences and I know my experience in world title fights will be the key to winning this fight.

‘I’ve watched Dilmaghani and I can see he has good boxing skills. That’s why I am sure it will be a very good fight.

‘My message to him is, ‘Make sure you train hard because I am 100% ready and motivated.’

Chief support on the talent stacked card sees undefeated starlets Jack ‘The Giant Killer’ Flatley and Harry ‘Hammer Time’ Scarff fight it out over 10 rounds for the former’s English Super-Welterweight Championship. Bolton wonder Flatley, a former national amateur finalist at both junior and senior level, is yet to be beaten in 16 but the ex-England international can expect to be stretched right to the limit by 7-0 Derby six footer Scarff in a mouthwatering match-up.

Promoter Hennessy’s son, Michael Hennessy Jr, an all action middleweight who is undefeated in two, is set to feature in a six rounder.

A full undercard featuring several of Steve Wood’s rising talents is set to garnish an unmissable night of entertainment.

Passions are sure to run high when Darwen’s robust Mickey Ellison (9-2) locks horns with Manchester technician Charlie Schofield (unbeaten in 16) in a seriously spicy looking Eliminator for the English Super-Middleweight Championship.

Popular Wigan welterweight James Moorcroft and Oldham’s turbo charged Andy Kremner will be banking to triumph in separate six rounders before clashing against each other back at the Bolton Whites in December. The former goes up against Manchester circuit fighter Sam Omidi whilst the returning Kremner seeks to become the first to stop Cannock tough man Lee Gunter.

Prestwich pressure fighter Sean Ben Mulligan, beaten just once in 11, endeavours to edge yet further up the domestic super-welter rankings by prevailing in a Roses rumble with 71 fight Driffield warmonger Danny ‘Lethal’ Little.

Stretford’s Bradley Rea, Wigan’s Andrew Fleming and Stockport’s Jack Booth are three local lads who’ll be seeking to extend their perfect slates. Middleweight Rea, described as ‘a serious talent’ by promoter Wood, will be hoping to go seven-up in an Anglo-Scottish affair with Stranraer’s significantly more seasoned Paul Allison. Also over six, Fleming, a strong super-lightweight southpaw, intends to stretch his streak to eight against an opponent still to be announced while Matthew Hatton’s all-action super-middle starlet Booth will be looking to defuse ‘Baltic Bomber’ Genadij Krejevskij from Lithuania in an intriguing international four-rounder