Eggington and Jkitou Win ‘Fight Of The Year’ Award 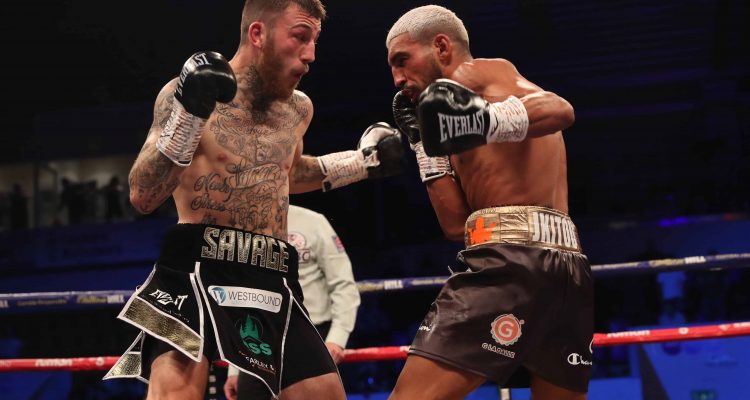 Sam Eggington and Bilel Jkitou’s brutal encounter has been awarded ‘Fight Of The Year’ by the British Boxing Board of Control.

WBC Silver Middleweight Champion Eggington went to war with French rival Jkitou earlier in September 2021 at the Coventry SkyDome Arena. And from the opening bell it was an unbelievable encounter that has been hailed as the best fight seen in this country in the last decade.

After an exhilarating twelve-rounds that left the crowd and viewers watching live in shock at the sheer ferocity, relentless pace and pure brutality, Eggington’s hand was raised after winning on the judges scorecards by split decision to retain his crown.

“At the time you don’t think how great it’s looking on TV because you’re so involved and focused on the fight and making sure you’re on top and winning and landing the better and harder shots.  Only afterwards after watching it again did I think ‘You know, that was something a bit more special than usual’… said Sam Eggington of the thrilling encounter.

“Thank you for this trophy. And thank you to Sam for this fight. Because to make a great fight we need two people. We had a very great fight together. I don’t know what’s next for Sam, but I wish for him to become World champion”, said Bilel Jkitou of Sam, before amusing “And like this I could have my revenge against him and become World Champion too”

Exciting times ahead await the fighters, as both look to build on from this highly celebrated encounter. Bilel has moved his camp to the States as he now is looking to be trained by the legendary Freddie Roach. Meanwhile the re-invigorated Sam Eggington will be chasing a World Title this year.