Pitters vs Sugden Gets Fight Simulation 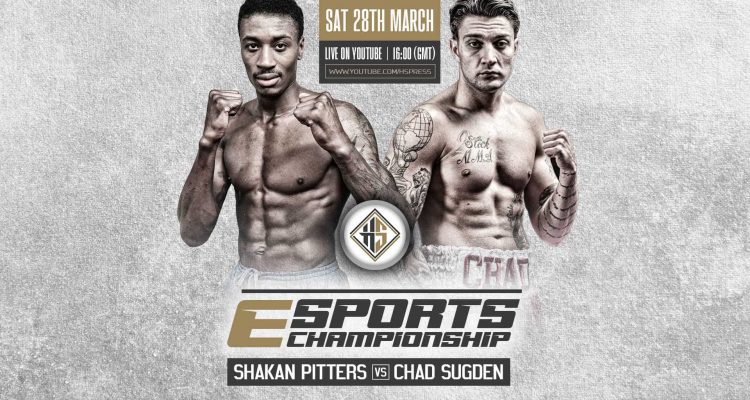 Shakan Pitters vs Chad Sugden goes ahead on time, albeit with a twist

The highly-anticipated showdown between British Light-Heavyweight contenders Shakan Pitters and Chad Sugden is STILL on tomorrow!

Pitters and Sugden were scheduled to face-off for the Vacant British Light-Heavyweight Championship on Saturday 28th March in the headline attraction at the Coventry Skydome, but the whole show was postponed due to the outbreak of the coronavirus and then followed by directives from the British Boxing Board of Control and the Government.

However, Birmingham’s undefeated Pitters (13-0-0, 4 KO’s) and Newark’s Sugden (11-1-1, 4 KO’s) will still get to trade leather, but it will be in a digital boxing ring as they clash in a simulated COM vs. COM fight in the classic video game EA Sports Fight Night Champion.

The virtual fight has been created by promoter Hennessy Sports to ensure fight fans still get a fight fix during the ongoing COVID-19 situation and provide some light relief and entertainment during this challenging period.

Fans had been debating and arguing in the build up to the ‘real’ fight as to who would have won out of the classy and hard-hitting box-puncher style of the 6ft 6in Pitters and the high-pressure, all-action, style of the swarming Sugden.

We will now find out what the computer predicts in The Hennessy Sports eChampionship: Pitters v Sugden which will be streamed exclusively on the Hennessy Sports YouTube Channel at 16:00 (GMT): www.youtube.com/hspress

Pitters and Sugden will still clash for ‘real’ with the prestigious British title on the line on a rescheduled date to be confirmed when it has been advised by the Government and the British Boxing Board of Control that it is safe proceed.

Promoter Mick Hennessy said, “During these unpredictable and challenging times, I’m pleased to be able to bring some light relief and entertainment in a fun way to fight fans who are missing their regular boxing fix with this virtual fight of Shakan and Chad on the popular EA Sports Fight Night Champion format.”