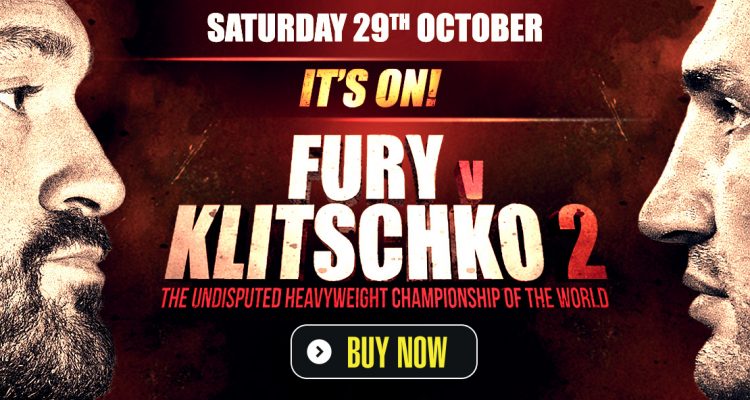 Fury’s highly anticipated rematch against Klitschko headlines a fantastic evening of world championship boxing at the Manchester Arena on Saturday 29th October in the biggest heavyweight collision in decades!

Fury rocked the sporting world to its core last November in Germany when he dethroned the legendary and long reigning world champion Klitschko to take his crown in one of boxing’s biggest ever upsets.

Billed as ‘Repeat or Revenge’, Fury makes the first defence of his linear, WBO, WBA Super, IBO and Ring Magazine titles against his fierce and bitter rival who is intent on regaining his titles.

The night will feature an action packed undercard including some of the best talent in British boxing to make it a night to remember.

*Tickets will be subject to a booking fee